My kids just love chicks! My 2 year old doesn't say too much, but she says "chick" and "peep" if that is any indication. So, it was about time that we did something for playgroup to spread the love! 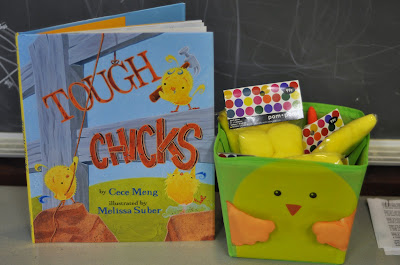 We started things off with the "Chicken Dance." It was a great version of the song and the kids loved it! Heck, I loved it, too! It was "Hear Me Sing, Watch Me Dance" performed by Mar. 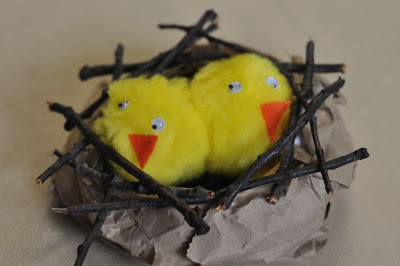 The song and dance got everyones attention, so while they were listening we quickly herded them over the the table to do the craft for the day. Pom-pom chicks in a paper bag nest! All you do is scrunch the sides of the paper bag down, glue some twigs on it, and then glue the chicks inside. The chicks are as easy to make as they look. A triangle of orange felt and two googly eyes on a 2" pom-pom. 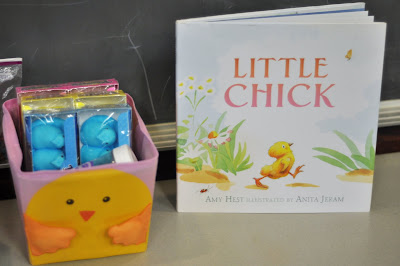 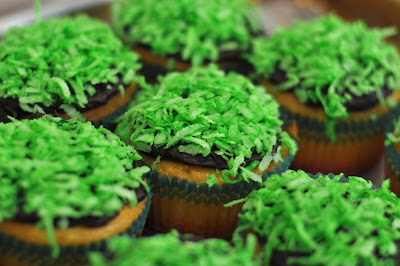 After that, we moved back over to the table to help our chicks scratch for their food! I made cupcakes with chocolate icing and green coconut for our grass. 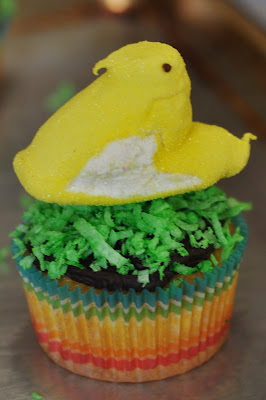 Then, the kids put sprinkles on their cupcakes and helped their chicks scratch for food in the grass! We ended things with a coloring page of a chick hatching out of an egg. All in all, a good day!
Posted by Pippity Pop

Cute!!! How often do you do playgroup?

We have playgroup once a week but I'm not always in charge of the activity. I'm probably only doing 1 or 2 playgroups a month. I wish I had time to do them all!