I've actually done a Snow Day twice for playgroup now. The first time we made marshmallow snowmen for our craft. We put frosting in between the marshmallows to hold them together but it didn't work that well. I would've used toothpicks but didn't since we have such a young group. I also brought Pull-n-Peels to use as scarves for the snowmen.

Then, we had a marshmallow snowball fight! Always, always, always a success! I've done this at two different playgroups (one with a really small group and one with a large group), at home for a family activity, and once when my son had a friend over for a play date. It doesn't matter how many or how few people you have, it's always fun!

The second time we had a Snow Day playgroup, I skipped the marshmallow snowmen and we made paper plate snowmen instead. I brought tape, little black pom-poms, glue, and big & small paper plates. This was fun and not as messy as the frosting!
Posted by Pippity Pop No comments:

I had to do things a little differently with this banner otherwise it would've have been about 15 feet long! I put two letters on each heart so it was a more manageable size. 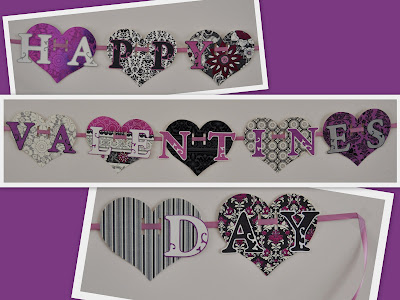 Posted by Pippity Pop No comments: 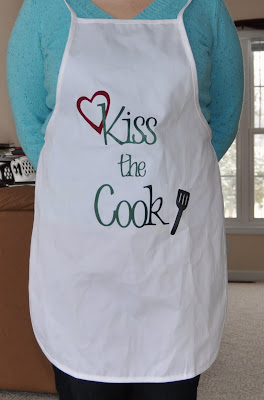 I made a few aprons for Christmas this year. One for each of my in-laws with our kids' handprints on them, and this one for my husband. I cut everything out with my cricut (Oh how I love that thing) and ironed it on the apron. Eventually I hope to sew the apron, too!
Posted by Pippity Pop No comments:

Labels: Cricut
Newer Posts Older Posts Home
Subscribe to: Posts (Atom)
Welcome to my blog! I love delving into my creative psyche and I'll use any excuse to do it! I really enjoy planning activities/parties so if you'd like some ideas or help, please let me know! I'm more than happy to do some research and planning, all I ask is for permission to post whatever ideas we come up with!